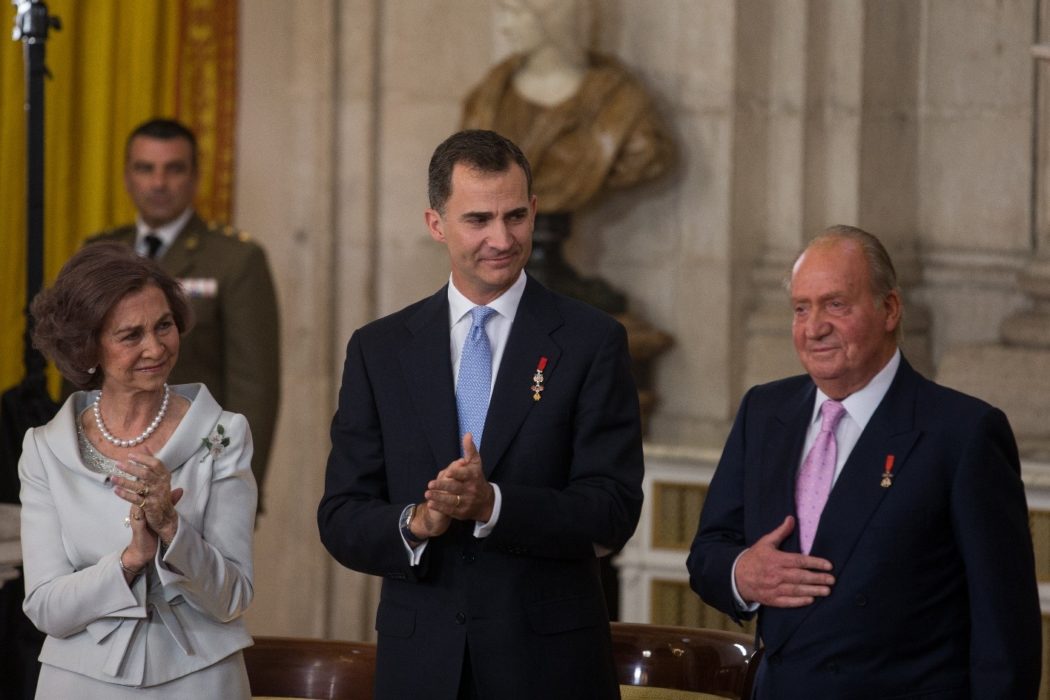 I come to speak before you all this morning with a heavy heart, through this message in which I wish to convey an important decision to you, and the reasons that prompted me to take it.

On being crowned King of Spain almost four decades ago, I undertook the deep commitment to serving the wider interests of Spain, with an eagerness to see the citizens of Spain become the architects of their own destiny, and our nation come to be a modern fully-fledged democracy, fully integrated into Europe.

I aimed to head the exhilarating task of allowing citizens to choose their own legitimate representatives and see through that great and positive transformation which was so badly needed then.

Today, when I glance back over my shoulder, I cannot do so without feeling pride and gratitude towards you all.

Pride, at how much we have achieved amongst ourselves over the years, and how well we have done it.

Moreover, gratitude, for the support you have given me to turn my kingship, begun in my youth and at a time of great uncertainties and difficulties, into a long period of peace, liberty, stability and progress.

Staying faithful to the political yearnings of my father, the Count of Barcelona, from whom I inherited the historic mantle of the Spanish monarchy, I have desired to be King of all the Spaniards.

I have felt myself to be both sympathetic to, and challenged by your aspirations; I have taken pleasure from your successes and have felt your pain and frustrations when these have overwhelmed you.

The long and deep economic crisis, which we have been suffering, has left behind scars in the social fabric, but at the same time, it has been pointing the way to a future imbued with hope.

All of this has awakened in us an impulse to renew, a desire to overcome, to put right errors, and to open the way to a decidedly better future.

In forging this future, a new generation has taken up the protagonist’s cudgels with just cause, the same role that came together at a crucial juncture in our history for the generation to which I belong.

Today a younger generation with new energy deserves its place on the front line, determined to undertake the changes and transformations that the present moment demands, and to face up to the challenges that tomorrow will bring, with renewed intensity and dedication.

My sole ambition has been, and always will be, to carry on contributing to achieving well-being and progress in freedom for all Spaniards.

I only desire the best for Spain, to whom I have dedicated my whole life and into whose service I have invested all my capabilities, hopes, and endeavors.

My son Felipe, heir apparent to the throne, is the embodiment of stability, which is a hallmark of the institution of monarchy.

When I celebrated my 76th birthday last January, I deemed the moment had come to prepare to hand over the baton (of kingship) in a few months to the person best qualified to ensure that stability.

The Prince of Asturias has the maturity, the preparation, and the sense of responsibility necessary to oversee the headship of state with the fullest guarantees, and to open up a new vista of hope, which combines the experience acquired, and the forward impulse of a new generation.

He will be assisted in this, I am certain; by the support, he will always be able to count on from Princess Letizia.

As a result of all this, and guided by the conviction to give the best of all possible service to the Spanish people, and once recovered both physically and in my constitutional activities, I have decided to bring down the curtain on my reign, and to abdicate the Crown of Spain, in such a way that the government and courts may oversee the effective management of the succession in accordance with constitutional provisions.

I have just communicated this information this morning in an official capacity to the Head of Government.

I wish to express my gratitude to the Spanish people, and to everyone who has embodied the powers and institutions of state during my reign, and to those many people who have generously and faithfully helped me to fulfill my duties.

In addition, my gratitude also goes to the Queen, whose collaboration and unstinting support has never failed me.

I hold Spain dear in the deepest recesses of my heart, and will always do so.