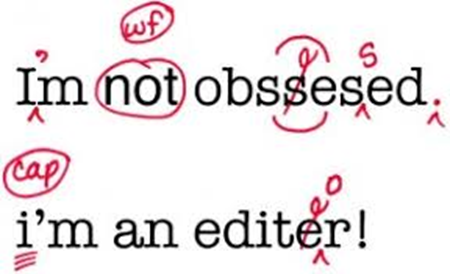 Do we really need to have translation projects revised numerous times, by a never-ending stream of proofreaders?

The answer is obvious: NO- and we will explain to you why.

The first step consists of entrusting a job to a reliable translator (cf. our article “Quality always has its Price” of July 21st 2017), who will not only feel competent at the time of undertaking the work, but also go on to revise the work afterwards, prior to returning the job to the client, and who in addition, will discuss it constructively with a colleague, to add the final touch of perfection.

This is our intention, so that our translators deliver jobs which have already been double checked.

The revision process should be set in a background of healthy, professional, fluid and constructive co-operation between translator and proofreader. For that reason, we prefer, in case of client doubt, that a colleague from Sol Marzellier Traductores TM and working in the same language pairing, is the person tasked with the job of collaborating with their colleague for the purposes of adding the finishing touches to the job.

Many of us, throughout our lives and professional lives, have had occasion to come up against external examiners. I say “Come up against” because what should be a peaceful collaboration turns into a nightmare in the majority of cases, if not actually a linguistic battle.

Generally speaking the external examiner has to justify his work and his salary , for which reason we end up in absurd scenarios that we are all familiar with; substituting certain words with synonyms, sayings which have been turned on their head for reasons of mere style, with proofreaders who insist they are right even when they are not (even if they justify the use of such and such a verb, or such and such a word, quoting acknowledged dictionary sources), and who persist on this path, because the client, acting in bad faith, is refusing to pay for the translation, and who then make mistakes and end up insulting the translator thus: “ … this translator is obviously not a native … the translation is unusable … the text needs to be translated again, and adds a long list of… etc’s”.

Generally speaking, they tend to be very skeptical, even with tests working in their favor, and they tend to defend their proofreaders with all their might, without a thought for the damage they are doing to themselves and the translator. That is how we get into insurmountable difficulties, in which the original document appears like a rainbow, where the context is no longer relevant and relationships have deteriorated to the point of no return for everybody; …everyone loses, both in terms of time, health, and economically- speaking as well.

By the same token, all revisions should adhere to certain timescales; we understand that a proofreading request carried out by an external reviser and submitted by way of a complaint two months after the original translation was returned, is basically unacceptable

Proofreading is pointless if it does not operate from the basis of a steadfast desire to collaborate in a constructive fashion, and any abuse thereby committed is a completely unnecessary evil which impacts negatively on the client, his image, the translator, and by extension, on the proofreader him/herself.