Advantages (and disadvantages) of being a freelancer 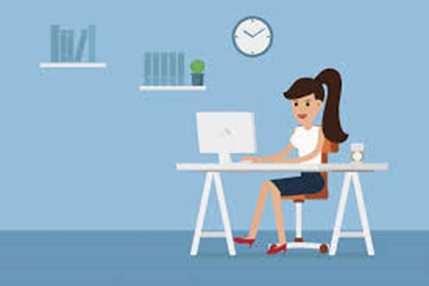 To work on one’s own account is no longer in fashion; it’s not a profitable solution, nor a flexible or convenient one.

As a matter of fact, most translators work as freelancers. As far as the set-up is concerned, we only need a computer, a mobile phone and a good Internet connection. There is no need for us to get up at unearthly hours to get to work in a bad temper after having spent journey time squashed up on public transport, nor for us to get home hours after sunset. Neither do we need to be confined to one particular place.

We freelancers organize our own diaries and tasks without having to “keep seats warm”, which is a practice which has fallen into disuse in many countries who have recognized its futility. To organize our own timetables also means to organize our own workloads; there is no point in working twelve-hour shifts worn out by tiredness, only to deliver a translation of considerably lower quality than it would have been if we’d only spent five hours on the task, as a result.

Office environments are full of distractions and hassles everywhere; landline phones and mobiles ringing, colleagues chatting, sometimes too loudly, the noise of doors slamming, printers and other devices sounding off, untimely meetings to attend when great concentration on a task is required, frequent difficulties in reconciling the work-life balance, other tensions, etc.

The life of a professional freelancer is that of a loner, but certain professions, like a translator’s, require silence and great concentration anyway. Not that it makes us “strange creatures” – we also eat, sleep, show up at the doctor’s, we go out and enjoy ourselves …although perhaps we do it more intensely and flexibly than everyone else.

Perhaps also we work with greater passion, with having several clients, and each project being different and therefore unique; hence our day-to-day existence may seem very routine in the eyes of others, although it is not…it is more like a commonwealth of diversity, especially when we work with several language pairings and different specializations.

And yes, certain myths are true… organizing our timetables ourselves, it is perfectly feasible to see us burning the candle at both ends, or at weekends, and having a day off, away from our computer screens, on a Tuesday or Thursday.

Obviously, being your own boss brings disadvantages in its wake; it is necessary to keep rest space separate from your professional environment, to adhere to certain schedules that enable us to have a private life and have these boundaries respected by others. Being a freelancer does not mean being available day and night 24/7. And above all, it does not mean becoming addicted to work.

But basically, disadvantages to one side, we are freer. Did you know we can keep in touch by meeting on Skype?

I would not swap places with anyone… would you?