The magic of Fez 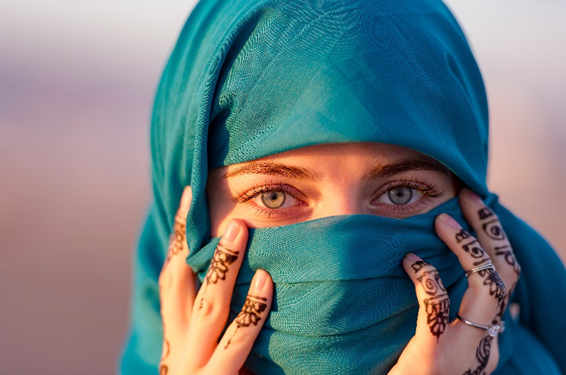 It is some time since we announced the incorporation of articles of a tourist nature in our blog. So, we are taking the opportunity of our new web future launch to add these lines, dedicated to Fez.

Why spend New Year in Fez? Well, why not? …we thought… it was a massive all-round hit!

We decided to lodge in a Riad (large luxurious Moroccan mansions with inner grounds and courtyards often converted into hotels) within the Medina (maze-like streets in the old quarters of Moroccan cities), so that our experiences would be more genuine. After strolling about in the rain, the doors of the Salam Fez Riad opened up a true palace in the best Thousand-and-One Nights traditions, and Salma greeted us with the traditional tea welcoming ceremony.

The Riads, just like Andalusian mansions, lack heating, we might say, …central heating. But at every turn, the staff made it their business to ensure we never got cold.

Fez is much more than its Medina, but given our short stay, we will focus on the same, on its surroundings and our fabulous Riad. First off, we advise you not to visit the Medina unless you are accompanied by an accredited guide, you could get lost and become perfect targets for fake guides who will dump you in the middle of nowhere for just a few dirhams.

The Medina is a city in itself, to which you gain access through a blue and green colored arch, which are the colors of Fez.

A puzzle, a labyrinth comprising thousands of colors and smells, of shops and stalls of all kinds, of mosques, of structures from over the centuries, both modern and from as far back as the 14th century.

Cakes give off their smell of honey, bars give off theirs of coffee and tea, with that scent of leather and spices emanating from the Chowara Tannery, which is a visit not to be missed, built in the 16th century, it is the city’s largest and most renowned; then there is a wave of colors of every hue, with views to the Medina and the city.

We sat down to eat lunch underneath some gigantic awnings and we tried camel meat for the first time, a true delicacy!

Moroccan cuisine is one of our favorites, due to its exquisiteness and variety: couscous, tagines, tabbouleh, plentiful fruit and vegetables, and then there are those cakes you cannot have too many of.

On the other hand, life in the Riads is peaceful and frenetic at the same time; ours was a true oasis of calm within the hustle and bustle of the Medina, but that was only until night time arrived.

That day we wanted to try out the Hamman (Moroccan-style Turkish Baths), and have a great and relaxing massage to get New Year 2018 off on the right foot. It was an enlightening experience; we had no idea you could use coffee grounds from the café to exfoliate your skin. Our massagers were simply wonderful, what skillful hands!

Meanwhile, the Riad was getting ready for the big party. Tables began to be put out around the swimming pool, the bunting went up in the dining rooms, and took over the entrance hall as well.

Within half an hour, the place was full of diners of every nationality and gastronomic works of art put in an appearance, all enlivened by the presence of groups of locals.

When midnight struck, madness overtook us all; we all danced and sang together, full of joy, even though we did not know each other…What a tremendous party feeling they have in Fez!

We became very friendly with the hotel staff, with whom we have been staying in contact. We carried on with our party chatting about our different cultures, our projects, our plans, all this washed down with an excellent “grey” wine (white wine made with red grapes, highly recommended!)

We really miss the magic of Fez!

To follow on, we propose attaching a small glossary of typical terms and expressions… and I can confirm it took us three days to learn how to ask for “a coffee with milk and sugar” properly.

There are several ways to say “hello “in Moroccan Arabic, some require the same reply to correspond to the greeting, while others require a different response. Here are some of the most common: